A downloadable game for Windows, macOS, and Linux

Thank you for taking an interest in Necra. You can find the newest version of Necra down below. This game will always be free, though if you'd like you can donate to help me get new resources for the game, keep the website alive and/or just say thanks for making it. If you donate $1 or more and email me with the email you donated from, I will email you back a code you can use in the game to unlock special outfits for all the characters that are currently exclusively for donators and playtesters. You will be able to earn them way later in the game. Donators and playtesters get a code to start with them! If you have any questions, comments or want to contact me about the special outfits, you can do so at shirowildwolf@gmail.com.


Necra is about 4 elves who stumble on a map to a treasure, a rare sword. When they discover what they were seeking, it's only half a sword. What's worse is the piece of sword was magically sealing a powerful creature away. Unable to stop the creature, the elves cast a magical barrier to hold the creature, hoping to buy time. However, with the magic at their disposal, it was a barrier that would only hold for a short time. The creature would be strong enough to break through it in roughly 6 weeks and surely come seeking the elves and their home. Will they find a way to stop the creature before it destroys the lands? Is there a way to even destroy it or at least permanently seal it away again? This is where you step in and where the quest truly begins.

Necra is already an adventure that is a few hours long. I have plans to make the story several hours long with new quests and much, much more to explore. I also plan on making special end game dungeons or bosses for each character to obtain ultimate weapons. I've had great support from my significant other and friends and I thank all of you for helping me over the 1 1/2 years I've been making this game. I couldn't do it without all of you. Even the people who just take an interest and give me feedback have been wonderful. Making this game has been an adventure in of itself, so thank you everyone. I hope you enjoy the game and the future releases of it.

Okay, so I made it out to the rest of the map. I was wandering around, and killed the "get out" monster … except that even after it hit 0, I was still in battle for at least 3 turns. So I sat around recovering and occasionally hitting it… which eventually led to a game over. I'm thinking … that's not how this is supposed to go.

Also, and I don't know how easy this is to fix, but sometimes Illyana will attack something after it's dead -- for example, using a triple attack on two monsters, but slashing the first one twice, killing it on the first blow, and then hitting the second monster only once. I'm not sure how intelligently this bit of battle can be coded from your end, but it looks really weird for the end-user.

The issue with Illyana is something I do plan to fix sometime soon. As far as the get out monster, I wanted to lock that part of the game off to a player until they advanced enough in the story to access that area. It was a fun creative way to do so. Making an enemy that isn't killable, but also doesn't attack. The music chosen for that fight and the fact even at 0 health it doesn't die should be a sign to run as it's an unwinnable fight. My playtesters, to my surprise kept fighting it, thinking there would be something that would happen. An easteregg of sorts. Nothing was planned like that for this fight, but due to several people expecting something like that, I added in something special. A one hit kill move easter egg. Granted you'd have to be fighting it for a long while for this to happen. I recommend just running from it until you reach the point you can access that area.

OH, okay. I thought it was a bug, and I was super frustrated that the game was so broken. Cool. I look forward to updates!

Just got the treasure man in the first part of the game and now my RPG glands and swelling up and my mouth is watering after I smoked gigantic hit of haseesh yes!

This is truly an amazing game right down to the music and FX AMAZING!!! 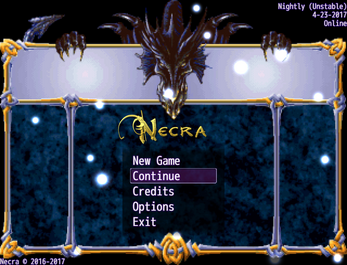 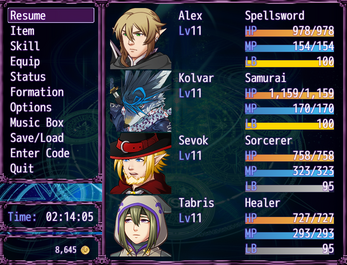 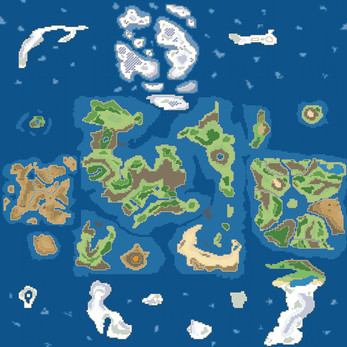 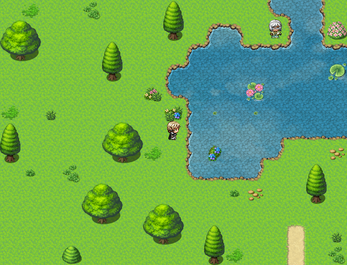 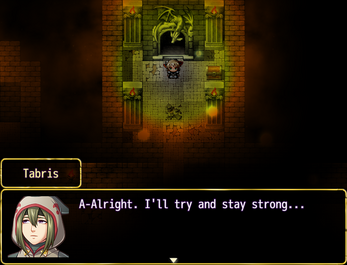 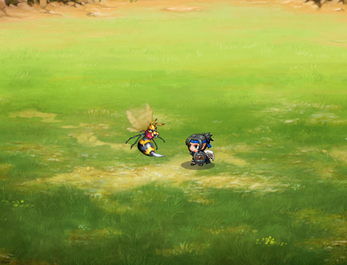 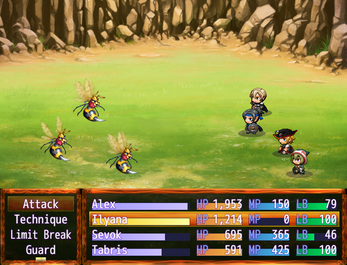